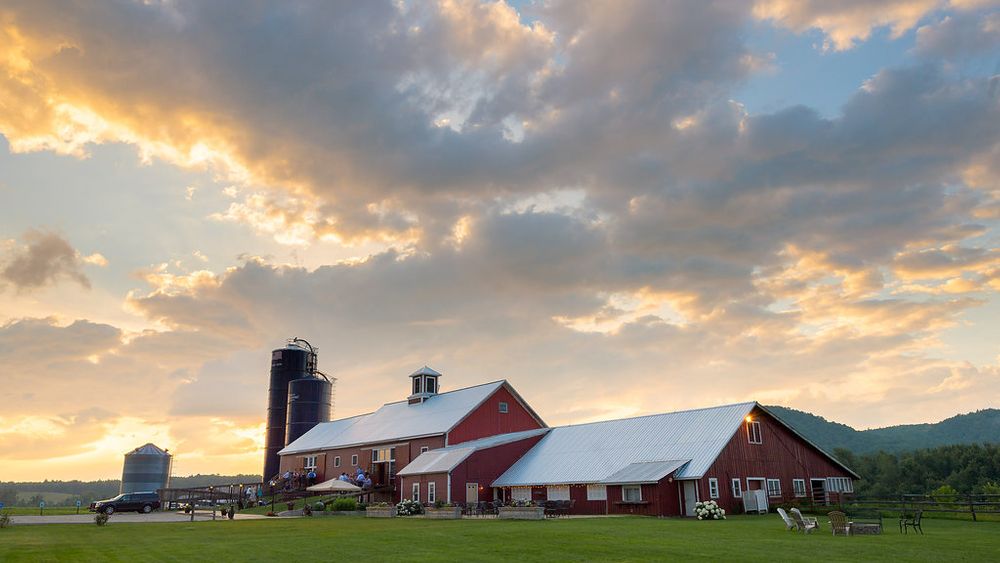 The Barn at Boyden Farm

The short story is that we are high school sweethearts. The longer story starts with Isaac's ski team dinner. We must have met for the first time as young kids in elementary school, but that's where the story really starts. We always knew each other through the ski team, which we had done together since 8th grade. Team dinners were one of the best parts of being on the ski team, they were just a good time with good friends. One team dinner in our senior year, we were playing some games with a big group and started talking. And then we never stopped. We stayed on the couch and talked for the rest of the team dinner, through more ski meets and bus rides, and suddenly we were talking every day. #Brassie was coined by Alex and Amelia, some of our teammates, and it became apparent that we both liked each other (to everyone but us). Brendan finally decided to ask her out in January 2016 and the rest is history.

We both knew we wanted to marry each other for quite some time, but neither of us were specific about a timeframe to keep the surprise! Brendan started working with the Maid of Honor herself in April of 2021 to plan in secret but didn't actually propose until October 21st of that year. We got all dressed up and went down to the Burlington Waterfront where Kyla was waiting with the excuse of meeting up for a fancy double date. Little did Cassie know that when they told her to face the water for a picture, Brendan would get down on his knee with a big ol' ring! She loved it and said yes without hesitation. She later cried at dinner when she saw his Instagram post caption "my best friend agreed to marry me." We popped the champagne ourselves and had a great night.