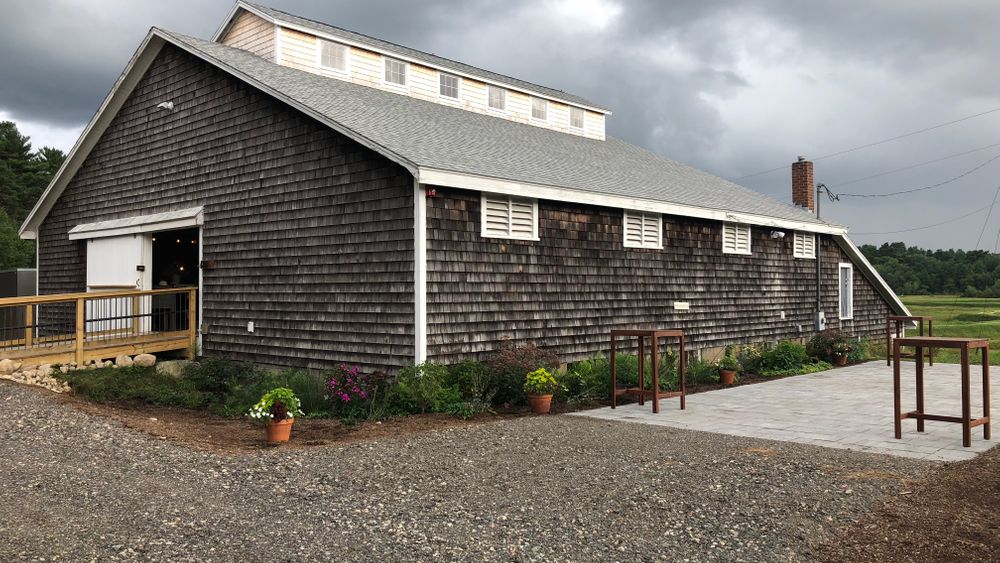 The Barn on Benson’s Pond

at The Barn on Benson’s Pond

So right away, he’d already seen me at my worst. Not the most romantic of beginnings.

Until gym class, and a couple of mutual friends changed that. Then came group hangouts at Honey Dew (as you do when you’re broke high school students), until one fateful day when everyone else was busy but the two of us. Several hours and a couple of free donuts later, I’d realized we’d sort of, kind of, accidentally, been on a date.

A few on-purpose dates later, and we were officially a couple.

Fast forward through colleges in different states, happy times, sad times, unprecedented times, and here we are! Trying to figure out how to sum up a relationship that started when we were basically kids, that’s led to me marrying my best friend.

The proposal is not that interesting