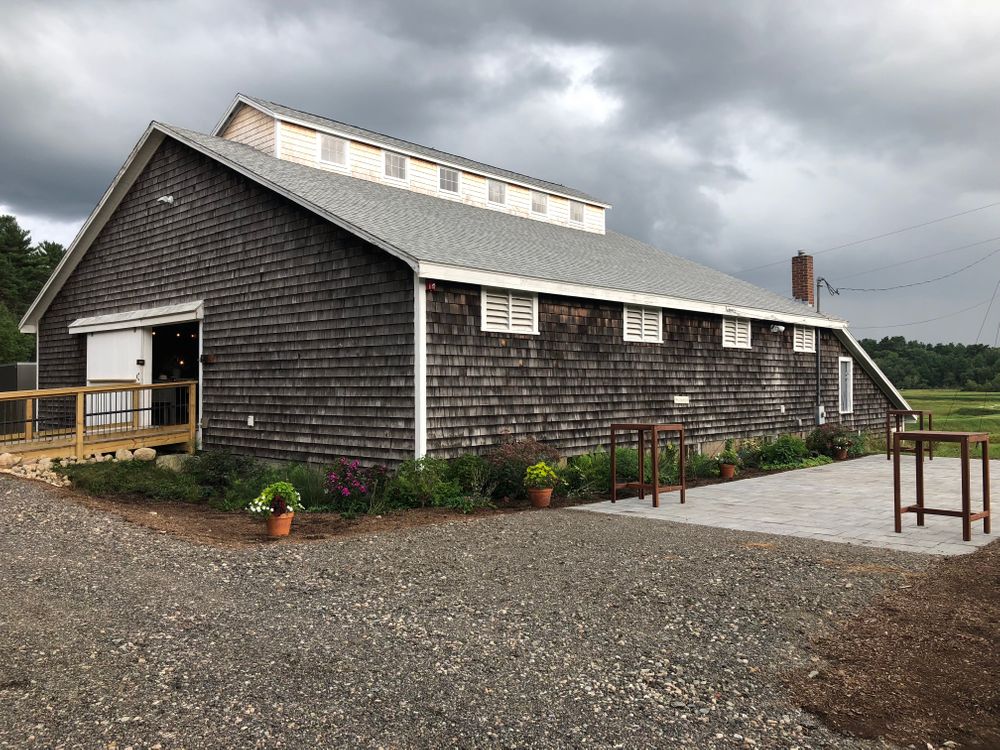 We met when Chris was in the sixth grade, and Karly was in seventh. We bonded over our mutual love of classic rock, south park, and goofing around. We spent our days getting into trouble in Dorset Park or hanging out in the graveyard behind Karly's house. We stayed up late texting on our chunky 2000's cell phones and were always in each other's myspace top 4. We had stayed best friends for a few years, even though Karly always had a huge crush on Chris. One night while Karly was working at Marco's pizza and having a particularly long week she was surprised to see Chris smiling in the front seat of her sister Kasey's Pontiac. Kasey, for those of you who don't know, has played a major role in helping us grow together throughout our lives, and we are endlessly grateful to her for this. Anyway, that night was when we stopped being just friends and started our life long love affair.

When Karly moved away to Colorado for college and the two of us parted ways to grow into our post-high school, post- Vermont selves, we did so with the hope we would land back together when the time was right. Chris and Karly remained close friends moving in and out of each others orbit throughout the years, always being sure to not grow too far apart. After over a year of not seeing each other or much communication Chris reached out to Karly just before Christmas 2015. We began texting and calling each other like we were teenagers.

Christmas 2015 we both were going to Vermont to visit family, Chris coming from school in Boston, Karly coming from Colorado. When we finally saw each other walking towards one another on a snowy Vermont sidewalk we ran into each other's arms and knew this time was for real. After a week of starry eyed looks and ignoring the fact that we live 2,000 miles apart, Karly had to fly back to Colorado. And even though Chris has a true aversion to flying he got on a plane to spend the rest of his winter break in Colorado. Two weeks later, just a few days before Chris had to fly back to Boston, He took Karly on a late night walk at one of her favorite trails and in complete darkness under a Colorado sky asked Karly to marry him. Karly thought he was crazy, but didn't hesitate for a second before saying yes!