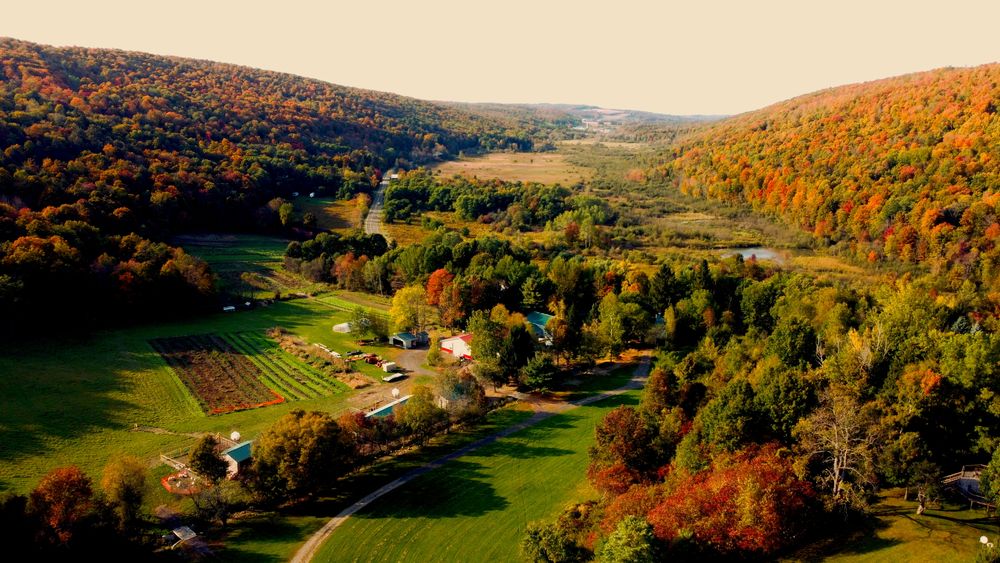 The Barn at Farrington Hollow

Their first date was eventful. Kayla was a week post-op from her wrist surgery. They planned on going to the drive-in to watch a movie but when they left Kayla's apartment complex, Anthony's transmission went out. So they turned around and took Kayla's car. They had a great first night together. After that, Anthony would come to Kayla's apartment on his lunch break and they started spending every second together. They moved in quickly together and the rest is history!

Anthony and Kayla went on a trip to Tennessee to explore the area that they were expecting to live in. It was the third day of the trip when Kayla went out to Wal-Mart and KFC for dinner. She came back to the hotel room and was greeted with Anthony's 2 older boys holding bowls saying "Daddy loves you" and "Marry him". Behind them, Anthony was on one knee with their youngest son with the ring in his hand. Kayla obviously said yes and now are getting ready to get married.