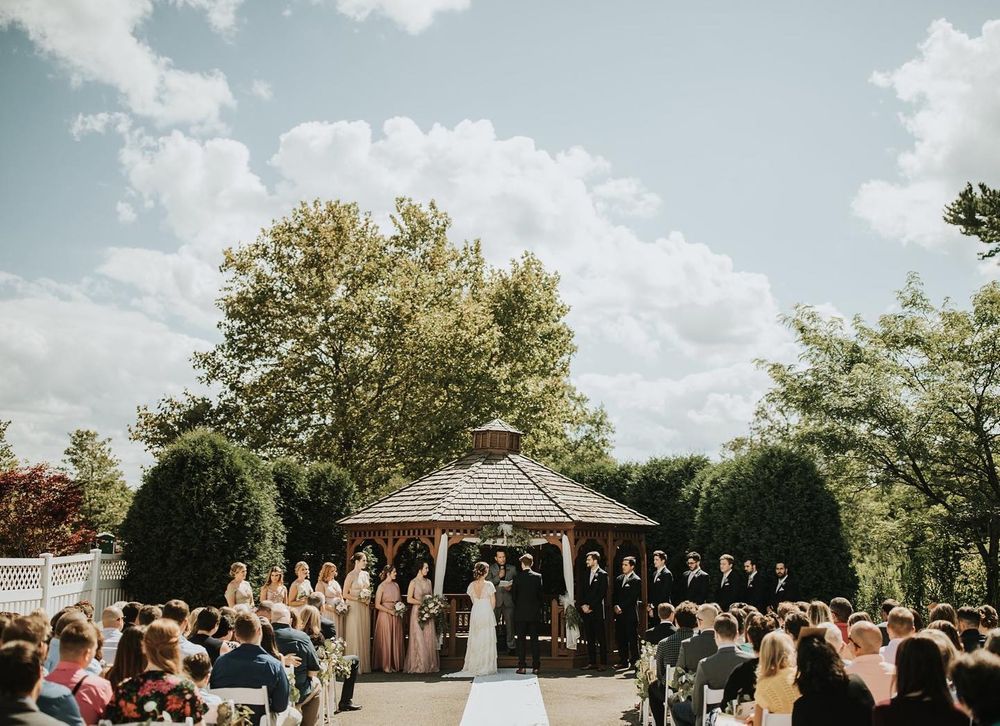 The Atrium at Eisler Farms

In 2017, Gabrielle was busy working on finishing up her nursing program at Waynesburg University. She knew she didn't have any time for dating & wasn't looking for a relationship. As the program started to wrap up, her & her new nursing best friend Janna, started coming home to Pittsburgh on the weekends to visit Janna's long time boyfriend Matt & hangout with his group of friends. One of Matts good friends Brandon asked him if he thought he had a chance at asking Gabbi out, to which Matt replied no! But that didn't stop Brandon he was persistent & determined to get this Gabbi girl to go out with him, he got Gabbi's number & started asking her to hang out. So all four of them continued to hangout on weekends with set up double dates. Janna told Gabrielle 'you should date Bupp!' Despite not wanting a boyfriend to focus on school, Gabrielle's interest in Brandon grew especially when he brought home an English Bulldog puppy named Frederick... it was love at 1st sight! (with Fred of course). Now Gabrielle would be the one texting Brandon all the time asking to come see the puppy & they started hanging out more & more just the two of them (or three)! Gabrielle invited Brandon to join Janna & Matt one Sunday for the infamous Grandma's Spaghetti Dinner, to which she told her family he was 'Matt's friend' but they knew something was up with how happy she seemed around this 'friend'! And the rest is history!

On September 13, 2017 Brandon officially asked Gabrielle to be his girlfriend.

On Sunday November 28, 2021 Brandon got down on one knee and asked Gabrielle to marry him!
(Of course this wasn't the original date Brandon had set to pop the question, but in true Brandon style, the Sunday before when it was supposed to happen it was pouring down rain & their Christmas Mini Picture session had to be rescheduled to the following week!)